A spike strip (also known as traffic spikes, tire shredders, one-way traffic treadles, stingers, stop sticks, a stinger in police slang, and formally known as a tire deflation device) is a device used to impede or stop the movement of wheeled vehicles by puncturing their tires. Generally, the strip is composed of a collection of 35 to 75 mm (1.5 to 3 inches) long metal barbs, teeth or spikes pointing upward. The barbs are designed to puncture and flatten tires when a vehicle is driven over them. The barbs may be hollow or solid. Hollow barbs are designed to become embedded in the tires and allow air to escape at a steady pace in an attempt to reduce the risk of the driver crashing into oncoming traffic or the surroundings. One type was co-invented by Donald Kilgrow, a retired Utah Highway Patrol trooper, along with a design engineer, but they are historically just a development of the caltrop, anti-cavalry and anti-personnel versions being used as early as 331 BC by Darius III against Alexander the Great at the Battle of Gaugamela in Persia.

In the United States, five officers were killed deploying spike strips in 2011 alone. Dallas, Texas police are among those banned from using them, as a result of the hazards.

Remotely deployable spike strips have been invented to reduce the danger to police officers deploying them.Spike strips are also built into some parking barriers to control traffic flow.

The private use of homemade spike strips, cheaply constructed using a steel pipe and household nails, was banned in New South Wales in 2003 after being used against a police vehicle. John Watkins, a member of New South Wales Legislative Assembly, stated they would be added to the New South Wales prohibited weapons list.


Innocent customer driving in Perth this week,  got caught up in a police chase through town. Drove over the Police stinger strip thrown across the road. Here's what they look like up close - inside and out!  OUCH! 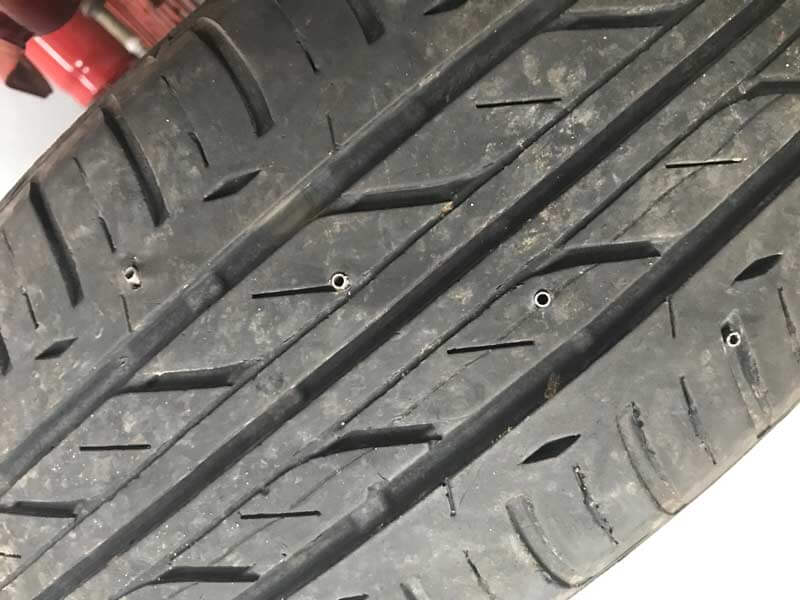 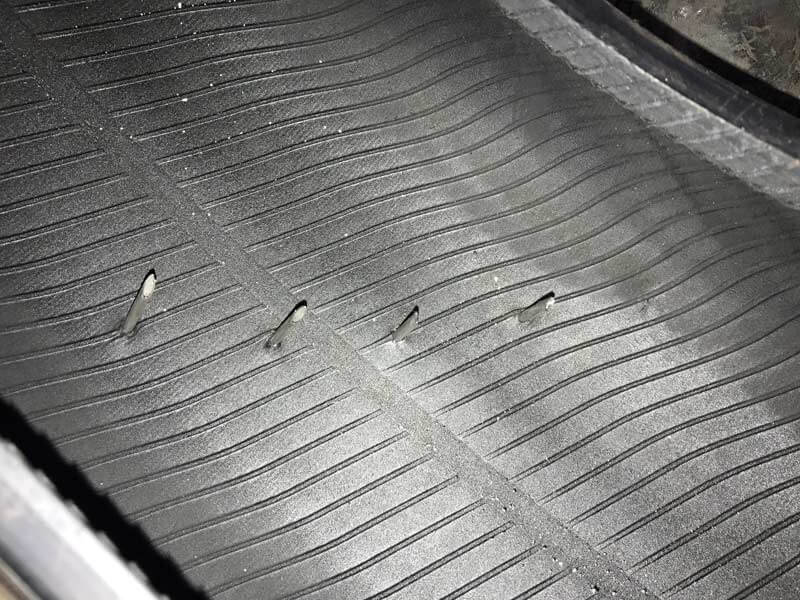